An introduction to the types of rhetorical arguments and related concepts.

The Toulmin argument is essentially a method of analyzing an argument and has a very clear format to follow.

The parts of a Toulmin argument are: the claim, the grounds, warrant, backing, qualifier, and rebuttal. These are discussed in more detail in the "Definition" section.

When writing a Toulmin argument, it is important to remember that you are not analyzing the argument based on whether or not you agree, but whether or not the arguer did a good job presenting his case. 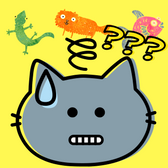 Say your friend Joe says that cats are better than dogs, which you agree with. Joe follows this up by saying that it's because cats are not mammals, and that's why they're better, and anyone who likes dogs is an idiot. Even though you agree with the conclusion, this is not a good argument because Joe is clearly wrong about cats not being mammals and just name-called those who like dogs. Even if you agree with the conclusion - especially if you agree! - you should evaluate the argument based on its own merit, not what you personally believe.

Toulmin analyses are excellent tools to use in cases where the problem is complex and there is not a clear solution.

Readers can use these six parts to understand and analyze an argument, or use them in their own writing to create a thorough, valid argument.

The Toulmin argument method is an extremely effective and clear-cut way to analyze an argument or to build one of your own. By carefully following each step of the process, you can build an effective argument in a few steps through this method.

Toulmin arguments are usually good to use in cases where there is no clear-cut solution and may have several possible solutions.

1. The Claim: The drinking age should be raised to 25.

2. The Grounds: Studies show that the parts of the brain responsible for decision-making and thinking through consequences are not completely developed in adults until the age of 25.

3. Warrant: If the ability to make wise decisions and consider consequences before acting is not fully developed, then more people will drink and make decisions that can impact their own lives or the lives of others.

4. Backing: Raising the drinking age will ensure that the only people who are drinking are those who are also capable of making wise decisions, like not drinking and driving.

5. Qualifier: Though many people will still drink and drive, the number of incidents would be reduced drastically by raising the drinking age to 25.

6. Rebuttal: Although many think that 21 is old enough to make decisions and pay the consequences for them, raising the drinking age would save money, time, and lives.