History of a Genre 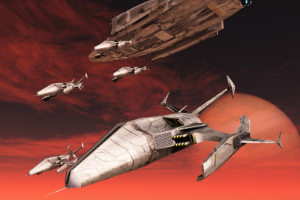 Science fiction is is a type of speculative fiction which explores "life as it would be were some scientific premise actually true," whether that's the reanimation of corpses, faster-than-light travel between star systems, or overly-smart AIs (Kroon). Mary Shelley is widely considered to have started the genre with her book Frankenstein, the classic mad scientist tale published in 1818. Edgar Allan Poe continued the movement, which solidified with Jules Verne in the very late Victorian period ("Science fiction (sci-fi)"). Sci-fi very quickly switched from literary works to movies once that technology was introduced, like the 1902 French film A Trip to the Moon. However, the genre at this point was still very limited and easy to keep up with. The actual term "science fiction" wasn't even coined until 1929 (Harris-Faine)! It wouldn't be until the 1950s that content exploded (Gunn and McKitterick).

In the early 20th century (pre-WW2), publishers weren't particularly interested in the genre, and most works were serialized in boys' interest magazines (Harris-Faine). The mid-20th century brought with it films we'd consider to be sci-fi today: from the social commentary of films like The Day the Earth Stood Still (1951) or the series The Twilight Zone (1959-1964) to schlocky creature features like Attack of the 50 Foot Woman (1958) (Kroon). 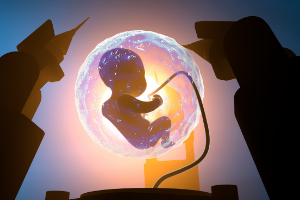 What's "real" sci-fi? Some fans and authors argue that hard sci-fi -- or sci-fi that focuses on technological innovation, engineering, and science -- is the only way to go. For example Weir's The Martian is very rooted in near-future or actual technology getting his character to (and surviving on) Mars. "Hard" sci-fi is arguably more plausible. Soft sci-fi explores society and relationships more -- sure, we meet aliens on another planet who we can talk to, but what happens next?

Can you have science fiction without science?

The lines around what counts as sci-fi get interesting if you look back through history. Before the Enlightenment, when scientific principles were really developed, could anything really said to be science fiction -- even if it overlaps with the speculative nature of the genre? There are a few "proto-sci-fi" works from the 17th century that feature e.g. rockets (er, fireworks) to the moon. These older works tend to be focused on utopian and dystopian societies (with implied commentary on their contemporary societies -- rather like sci-fi often does today). 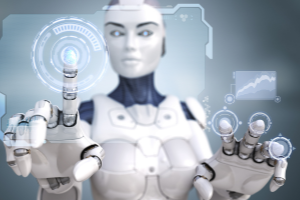 Scroll on for big-name titles (or jump down using the navigation links to the side) from the library -- mostly books, but some films in there, too. Everything will either be online through Project Gutenberg, an HCPL OverDrive e-book, or an LSC Kanopy streaming film.

Clearly this is a non-exhaustive list! We don't even have every single Big Name Title up (gotta leave something to grow on, right?). Also, many/most books are also available as audiobooks, but to simplify, we just linked to the e-book title where available. To locate another format in OverDrive, just click the author's name or do a fresh search for the title. (The Libby app will also have a convenient little cross-over link for you.)

Find even more sci-fi by decade and awards and more starting with this list on Goodreads. (Install the Library Extension browser add-on to get library links as you browse.)