Flickr Photo: Three girls at the museum by pedrosimoes7 - CC BY

The Garden Of Earthly Delights by Hieronymus Bosch, circa 1500 CE 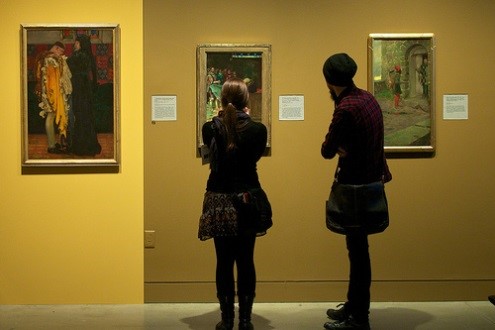 The frame of what once had been Sir Robert Cuspidor's Waggon Stuck In River was leaning against a wall in front of her. It was empty. The bare canvas was neatly rolled beside it. In front of the frame, carefully heaped in order of size, were piles of pigment. Several dozen Auditors were breaking these down into their component molecules.

“I think,” said Susan grimly, “that they are appreciating Art.”

-Thief of Time, by Terry Pratchett